Check out the amazing cover for Charley Pearson’s novel “Scourge”! 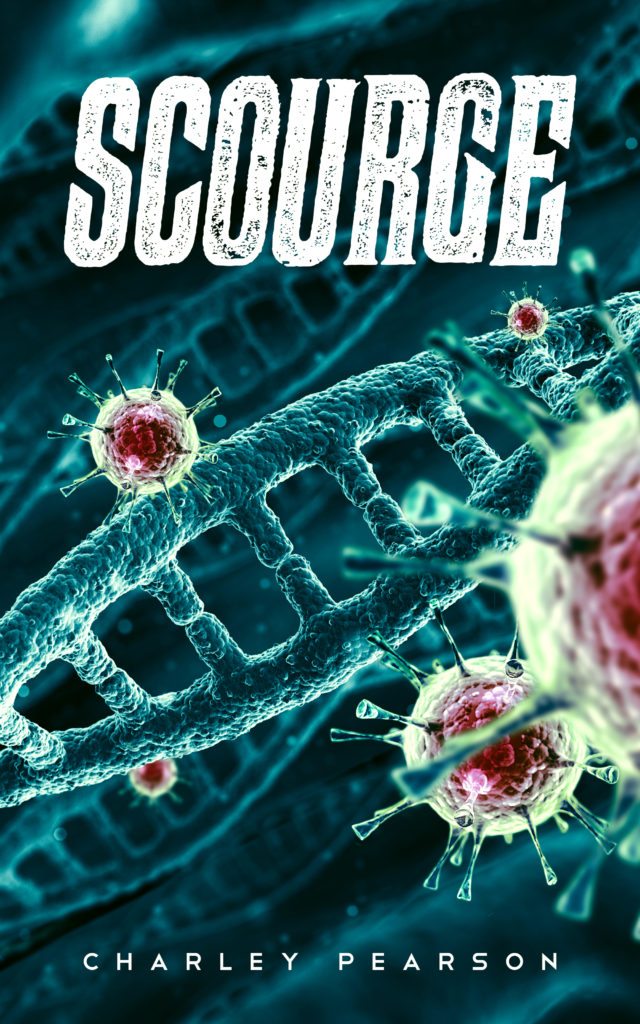 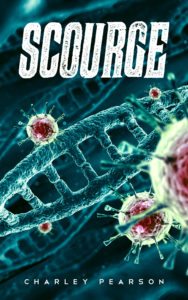 Financially independent, biochemistry genius Stacy Romani grows up off the grid, while her Roma family takes advantage of her knowledge for their own gain. Watching his family farm struggle, and traumatized by mass slaughter, Aatos Pires wants to heal animals but gets seduced by industry and goes to work for a big pharmaceutical company.

When Aatos’ co-worker Trinity creates a deadly doomsday virus, it puts the world population in jeopardy as it spreads exponentially. . .with no cure in sight. Stacy and Aatos work alone to find a cure, as the CDC and FBI close in. Will they find a way to stop the plague or will it be the end of the world? 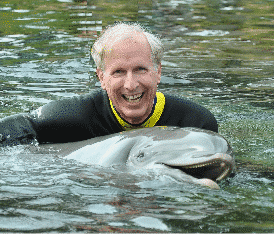 Charley Pearson started in chemistry and biology, then moved on to bioengineering, so the Navy threw in some extra training and made him a nuclear engineer. This actually made sense when his major task turned out to be overseeing chemical and radiological environmental remediation at Navy facilities after the end of the Cold War, releasing them for unrestricted future use. Now he writes fiction.