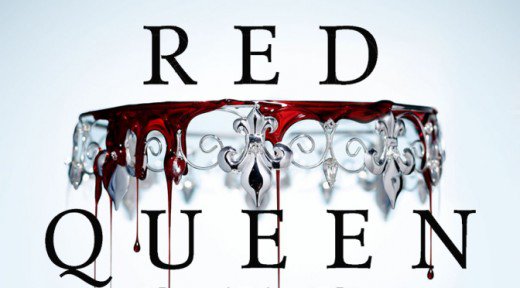 A Review of Red Queen by Victoria Aveyard

Mare Barrow's world is divided by blood—those with common, Red blood serve the Silver-blooded elite, who are gifted with superhuman abilities. Mare is a Red, scraping by as a thief in a poor, rural village, until a twist of fate throws her in front of the Silver court. Before the king, princes, and all the nobles, she discovers she has an ability of her own.

To cover up this impossibility, the king forces her to play the role of a lost Silver princess and betroths her to one of his own sons. As Mare is drawn further into the Silver world, she risks everything and uses her new position to help the Scarlet Guard—a growing Red rebellion—even as her heart tugs her in an impossible direction.

One wrong move can lead to her death, but in the dangerous game she plays, the only certainty is betrayal.

Red Queen is the first novel in the Red Queen series by New York Times bestselling author Victoria Aveyard. The story follows seventeen-year-old Mare Barrows, a red blood and thief who is on the brink of being forced to join a war she doesn’t believe in. Mare lives with her impoverished family in a desolate, poor town known as The Stilts (appropriately named due to homes being suspended above the ground on stilts- thus only being accessed by ladders). The Stilts is located on the edge of a river, where Mare and her family can watch the many silver bloods float by on their grandiose boats. In this futuristic world, people are divided by the color of their blood- red and silver. Red bloods, like Mare, are normal humans that are forced into servitude and are considered inferior to silver bloods. Silver bloods have rare abilities such as controlling fire (like the royal family), manipulating water and minds, superior strength and speed, etc. Due to the color of their blood and their abilities, silvers consider themselves superior to reds and treat them poorly.

Mare attempts to pick the pocket of someone who thrusts her into the nefarious and elite world of the silvers- an action that places Mare into a position of discovering the true nature of her being- a red blood with a rare ability. Something that is unheard of. While this is shocking to Mare, it places the royal silvers into a precarious position- forcing them to take drastic measures. Mare is sworn to secrecy about the color of her blood, is introduced to the silvers as a silver orphan raised among reds, and is promised to one of the silver princes- Maven. This new position forces Mare to learn more about herself, her abilities, and the silver world. She tries to navigate this new existence while caught in the middle of developing feelings for her intended-Maven, and his elder brother, heir to the throne- Cal. With the threat of a rebel faction of reds hanging over the silver reign, Mare finds herself ambivalent about her feelings for both blood types.

The world described in this novel is unique and breathtaking. From The Stilts to the silver Summer residence, and the royal palace, Red Queen paints a marvelous, imaginative picturesque world. The plot was filled with intrigue, danger, stolen moments of passion, and suspense. I did find Mare to be slightly naïve and was frustrated with her on occasion. Some of her choices in the novel left little to be desired, and I constantly found myself agitated about her inability to listen to her instincts, and her occasional lack of common sense. Her misplaced trust (when it’s so obvious to the reader she should be balking at the idea of teaming up with certain individuals) was almost cringe-worthy. Not so surprisingly- she ends up betrayed!

The mother of Maven (and stepmother to Cal) reminds me a lot of Cersei Lannister from Game of Thrones by George R. R. Martin. She has a deep abiding love for her son, but secretly harbors resentment and hatred towards her husband and everything not bred from her womb. She is nefarious, calculated, and controlling- a total Cersei. I also wished there had been a little more passion and chemistry between Cal and Mare. I am all for compelling male protagonists- but Cal left a little to be desired. I hope that the author builds a bit more into his character in the next novel.

Overall, Red Queen was an exciting and shocking read that takes place in an imaginative and compelling world! I can’t wait to see the fall-out of the shocking ending of Red Queen in the next novel!