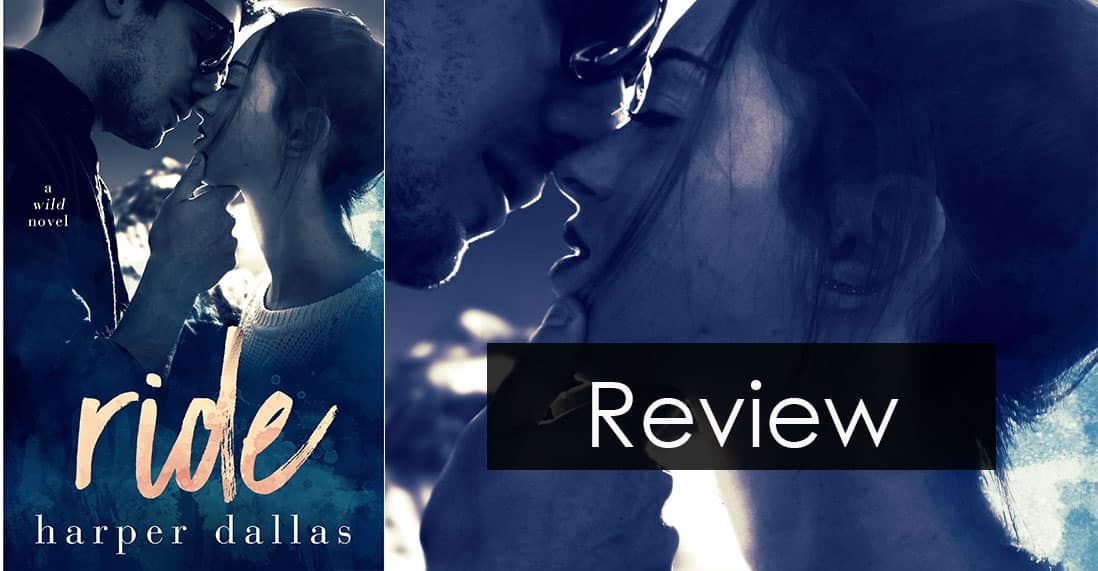 by Harper Dallas
Published by Amazon Digital Services LLC - Kdp Print Us on May 16, 2018
Pages: 416
Buy on Amazon//Barnes & Noble
Goodreads

Bad boy. Player. Adrenaline junkie. Snowboarder Chase Austin has a reputation--and not just for being the world's best extreme athlete. He's as cold as the mountains he rides, loyal only to his crew . . . and panties drop wherever he goes.

Photographer Brooke Larson knows better than to let him get through her emotional Kevlar. So what if she used to have his poster on her bedroom wall? She's not a teenager with a crush anymore. Chase Austin is her key to the big time, and she's getting his photo no matter what.

Too bad the only place Chase wants her is in his bed.

Men leave. Success is forever. Brooke knows the drill, and she's not letting anyone get in the way of her career--or into her heart.

But whether it's on the slopes or between the sheets, riding with the best means risking it all.

My Review of Ride by Harper Dallas

Ride is the first novel in the Wild series by author Harper Dallas. The story follows Brooke Larson- an extreme sports photographer with trust issues, and Chase Austin- an emotionally aloof professional snowboarder who is only attached to two things- the mountains he rides, and his close friends known as the False Kings. After Brooke loses out on an opportunity to join Wild- a sports magazine she has dreamed about working for- she decides to travel to Europe for a week to spend time with her best friend, and possibly photograph some professional boarders hitting the slopes. Her first interaction with Chase is at the airport after she arrives in Europe- Brooke is starstruck when she notices him- though this feeling is quickly replaced by embarrassment when he accidentally grabs her suitcase mistaking it for his own, and withdraws her bikini. I found this introduction amusing and also noticed some decent chemistry between the characters. I was amazed, however, by Brooke’s multiple refusals of his help (i.e. carrying her bags, catching a ride with Chase and a member of the False Kinds)- I would not have been able to turn down such an opportunity myself!

The next few times Brooke and Chase come into contact, Chase makes his interest in Brooke clear- though she manages to still turn him down. Naturally, this peaks Chase’s interest- though he’s quite good at hiding it. Brooke’s natural distrust of snowboarders ensures that she remains completely professional in her ambitions to photograph the famous False Kings. Unfortunately, Chase makes this working-relationship difficult, resulting in some sparks- both from anger and mutual attraction. Brooke’s inability to trust snowboarders (due to personal familial reasons), and Chase’s refusal to grow attached to anyone and date (due to a past tragedy) causes a lot of tension and confusion between them as they both struggle to come to terms with their burgeoning feelings.

I found Brooke’s character to be strong- I loved that she took her work seriously and fought for opportunities on her own merit and talent. Brooke didn’t let Chase’s occasional surly attitude and refusal of her photographing skills prevent her from trying. She was also strong in the sense that she managed to overcome her own trust issues and tear down the wall that Chase had resurrected around himself in order to further their relationship. I can definitely see the appeal with Chase Austin- he is strong, talented, respectful, and on occasion- wicked and charming. I enjoyed watching such a guarded, cold man be brought to heel by someone like Brooke. When he finally allowed himself to start caring for Brooke for more than a ride in the sheets- he did so full-heartedly and with enough fanfare and finesse to make sigh happily a few times.

Ride was a fun, fast-paced, and emotional read with dashes of humor and enough chemistry and passion to melt all the snow in the Swiss Alps! Brooke and Chase’s story was sweet, heart-felt, turbulent, and beautifully developed.