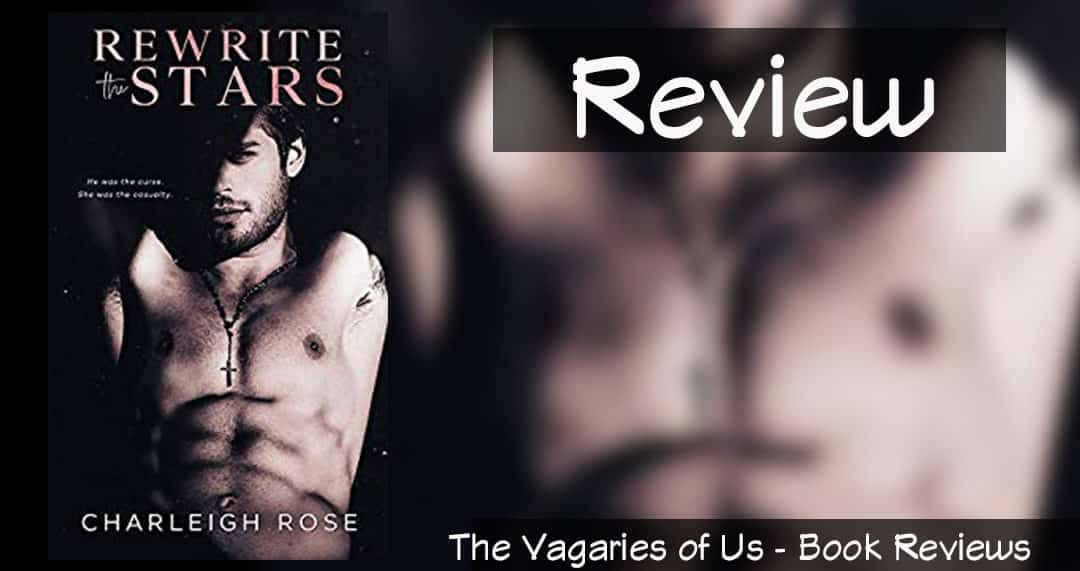 Review: Rewrite the Stars by Charleigh Rose – Best of 2019 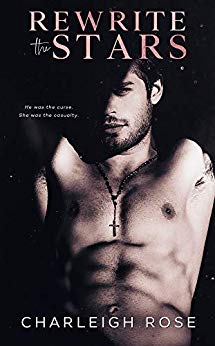 Evangeline Thorne is privileged. Beautiful and popular, if not a little jaded. A chance encounter with a green-eyed stuntman sets off a chain of events that turns her perfect, little world upside down.Short on options and desperate for adventure, she joins the traveling carnival for the summer.Thrust into a world full of drama, deception, and secrecy, Evangeline tries to find herself and protect her heart in the process. Sebastian McAllister is cursed.He knows better than to think otherwise. He's content to live out the rest of his life traveling the country as one of the four Sons of Eastlake, seeking thrills the only way he knows how. The one thing he doesn't see coming is the spoiled blond with stars in her eyes. The only problem is, the more time he spends with her, the more hope starts to stir in his dormant heart.Too bad hope is a dangerous thing when you're a McAllister.

Rewrite the Stars is a standalone novel by author Charleigh Rose. The story follows Evangeline Thorne- a wealthy, popular girl with an adventurous streak, and Sebastian McAllister- a young, attractive stunt man who believes himself to be cursed. After an argument with her parents sends Evangeline fleeing from them for a little space, she finds herself at a traveling carnival featuring a stunt show performed by the infamous Sons of Eastlake. Curious, Evangeline sneaks into the carnival and attends the stunt show and is treated to a death-defying act by the Sons involving motorcycles and a closed in cage-like globe. When a shocking and unexpected event occurs that thrusts both characters together for a heart-pounding introduction, the story begins to unfold in a way that had me reading into the wee hours of the morning.

Evangeline’s life takes a darker turn after the night she spent in the presence of the Sons of Eastlake and it completely affects both her and her family. Evangeline’s father starts to suffer from addiction which causes his relationship to deteriorate with both his wife and daughter. Evangeline goes from being wealthy and happily ensconced with her family, to struggling financially and pretending her family isn’t falling apart around her. The friends she had also begin to show a completely different side of them- an unpleasant side. Eventually, nothing is keeping her in her hometown. When another chance encounter with Sebastian clarifies questions left lingering in the wake of their turbulent past encounter- Evangeline decides to leave home and travel with the carnival and Sons.

Sebastian, struggling with both his interest in Evangeline and the dark knowledge of a family curse that almost guarantees an early death, tries his best to build an emotional wall. However, his close proximity to Evangeline, their mutual attraction, and the many steamy encounters they stumble into slowly begins to tear down that wall. While Sebastian and Evangeline embark on a beautiful, dark, and passionate relationship, questionable and troubling events begin to plague the carnival and Evangeline. Sebastian, desperate to keep her safe from both his own fate and the mysterious menace, is thrust into a position of guardian- throwing them even closer together.

I thoroughly enjoyed having the traveling carnival as a prominent story location- it provided a nice bit of magic to the story and was a perfect complement to a mysterious “curse”. Sebastian was intriguing, wicked, dangerous, and a perfect blend of brooding and mischievous- Evangeline’s heart wasn’t the only one pounding when he stepped onto the pages. Evangeline was relatable and likable- she didn’t know where her own story was headed, nor where she would like to go. She just followed her instincts and heart, which I don’t see nearly enough of in stories. It’s nice having a heroine who doesn’t have her whole life figured out.

Rewrite the Stars is probably one of my favorite stories so far for 2019! It’s dark, romantic, sizzling, filled with moments that make your heart pound, and generously sprinkled with a bit of magic and intrigue!