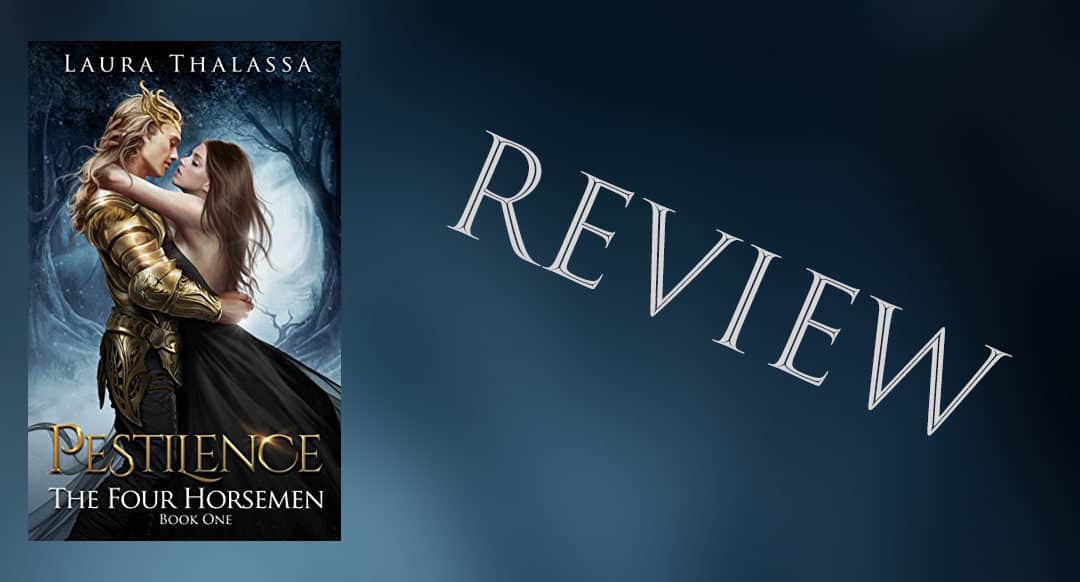 A Review of Pestilence by Laura Thalassa

They came to earth-Pestilence, War, Famine, Death-four horsemen riding their screaming steeds, racing to the corners of the world. Four horsemen with the power to destroy all of humanity. They came to earth, and they came to end us all. When Pestilence comes for Sara Burn's town, one thing is certain: everyone she knows and loves is marked for death. Unless, of course, the angelic-looking horseman is stopped, which is exactly what Sara has in mind when she shoots the unholy beast off his steed. Too bad no one told her Pestilence can't be killed. Now the horseman, very much alive and very pissed off, has taken her prisoner, and he's eager to make her suffer. Only, the longer she's with him, the more uncertain she is about his true feelings towards her ... and hers towards him. And now, well, Sara might still be able to save the world, but in order to do so, she'll have to sacrifice her heart in the process.

Pestilence is the first novel in the Four Horsemen series by Laura Thalassa. The story follows Sara Burn, a young woman who literally draws the “short straw” and must stay behind when her town evacuates due to the impending arrival of the horseman known as Pestilence. Every town and city that Pestilence has ridden through has resulted in a mass number of people perishing from the pervasive and deadly disease- the plague. Sara’s main task is to shoot and kill Pestilence as he enters her hometown- a task she both dreads and anticipates as she believes it is her parents’ only chance for survival.

Naturally, her plan goes awry, and Pestilence not only doesn’t die (despite the horrific way she ended him and his horse), but he kidnaps Sara in revenge and keeps her as his reluctant prisoner. What follows is a haunting adventure plagued (pun intended) with disease, heartache, betrayal, hope, redemption, and love.

There was a surprising amount of cruelty involved in this story. I will admit to being shocked by the actions of Sara when she attempted to kill Pestilence (though I understood her motivation). I couldn’t blame Pestilence for his anger at being attacked in such a way (and it made me cringe a bit when he even implored her for mercy). However, Pestilence more than receives his revenge by his brutal handling of Sara (being dragged by a horse, starved, shot with an arrow, and forced to watch others die slowly from the plague)- honestly, I half wondered if it was even possible for both characters to look past such events, forgive one another, and even fall in love.

While I understood why Sara felt the need to end Pestilence (he was causing widespread disease which was killing off thousands of people), it took me a bit to understand Pestilence. As the story progressed, I began to understand his character a bit more. Pestilence’s actions are divinely perceived as orders from God because of humans’ destructive behavior. In his mind, he believes his actions just. In addition, he isn’t human…he’s lived thousands of years as a “higher being”, so he does not truly understand human love, compassion, and all the emotions and actions that make people truly “great”. While Pestilence began to see a more beautiful side to humanity- through Sara’s eyes and actions, his burgeoning feelings for her, and the compassion in a few of the humans they cross- Sara begins to see parts of humanity that are truly troubling.

One thing that did bother me was the fact that Sara did not think, prior to initially attacking Pestilence, that someone had not thought to do so before. In fact, she didn’t dwell on this possibility until halfway through the novel.

Amid all the conflict, heartache, and turmoil, Pestilence and Sara begin to develop a stronger understanding of one another, and through that, feelings begin to develop into something pure and beautiful.

Pestilence was a deep, thought-provoking, passionate story about two people with vastly different points of view who find ways to overcome adversity and misunderstandings to not only save the world, but find love in the process. 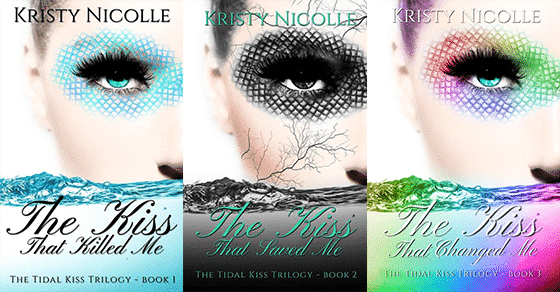 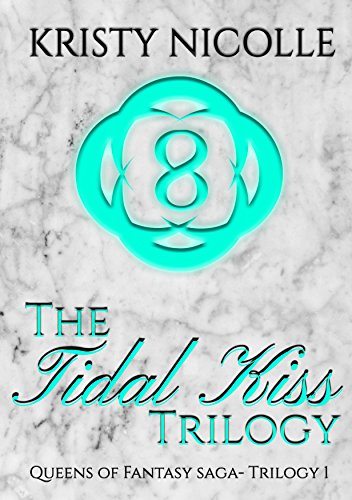 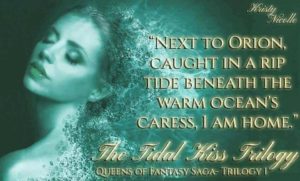 THE KISS THAT KILLED ME

When Callie Pierce turns 18 she has three very simple goals: avoid her stepfather, escape to an Ivy League university of her dreams, and party with her friends. But on a night like any other, when the moon is full over the ocean, her life changes in a way that no one could have ever seen coming. On the sandy beaches of San Diego she meets Orion, a man from whom she cannot stay away and to whom her return becomes as inevitable as the tide kissing the shore. If that isn’t enough, a kiss which changes everything plunges Callie head first into a world of mythic responsibility, epic danger, and heart stopping romance. The mer, an ancient race of warriors brought forth to defend the seas, show her wonders beyond what is humanly possible, forcing her into an archaic chain of events that bring together power, seduction, violence, and beauty in a terrifying, yet exhilarating mix. Then there’s the Banished to contend with, a group of Psirens corrupted by the ocean’s abyss that stand to destroy the eternity Callie has been promised. Will she sacrifice herself for the greater good, or is the gravity that pulls her to Orion just too great to bear? 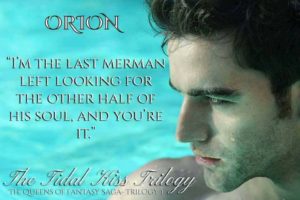 THE KISS THAT SAVED ME

Four months have passed since the night Callie Pierce fulfilled her destiny as the Vessel and her world is shifting faster than ever before. The Occulta Mirum is in disarray, still reeling from the demise of its longest reigning monarch and its people have a decision to make, on which more lies balanced than they know. As Callie and Orion rise together to new responsibility, dealing with the consequences of what has passed, Callie finds herself changed and looking into the shadow of the deep for answers. The life she’s been thrown into isn’t what she expected, and as the responsibility of her new found position among the mer mounts, the cracks in the fantasy world she so loves are starting to show. Can then, the dark mystique of the Psiren’s world be what Callie was destined for all along?

Get ready to ride into the world of the Occulta Mirum at greater depth than ever before. As Callie learns the truth of the ancient agenda of three brothers, and comes face to face with the temptation and allure of what will seemingly save everyone she loves. 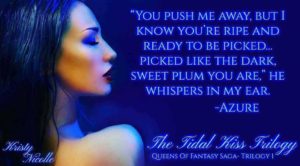 THE KISS THAT CHANGED ME

As two brothers reach the final phase of their plan to seize the stolen powers of a God made flesh, the Psirens lay claim to the debris of the Occulta Mirum. With this, a race against the rising blood moon begins.

As the seconds tick away, Callie and Orion must journey to the farthest corners of the earth, learning to balance devotion and duty whilst reuniting the segregated Kindred of the Circle of Eight. If this is not enough the function of the conduit is still unknown, meaning Callie and Orion must learn democratic flair in multicultural waters to convince others to risk their lives as well. With their foretold future together in the balance, their unity has never been so crucial and one’s willingness to sacrifice the other for the greater good never more necessary.

Can the journey of an immortal lifetime hold answers to salvation, or will it only bring the mer to their final resting place as their race is threatened with extinction? 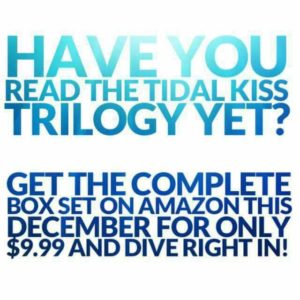 Check Out the Author on Social Media! 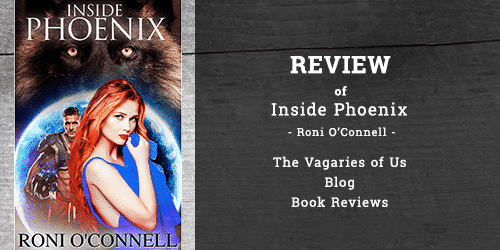 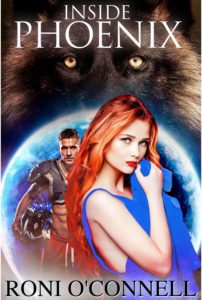