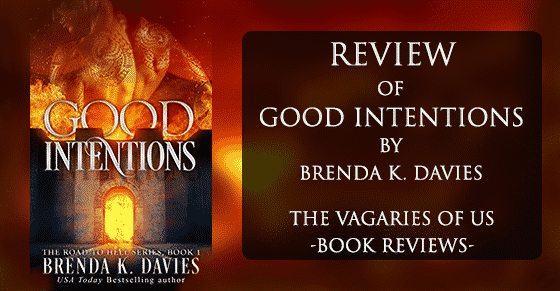 It has been thirteen years since the war started, the bombs were dropped, and the central states became a thing of the past. When the war ended, a wall was erected to divide the surviving states from those destroyed. I never expected to go beyond the wall, but unlike all the others who volunteered to go, I wasn’t given a choice.

With a dim knowledge of what I could do, the soldiers came for me. They took me beyond the wall where I learned that the truth is far more terrifying than I’d ever dreamed. Alone, with humans and demons seeking to learn what it is I can do, I find myself irresistibly drawn to the one man I should be avoiding most. One who intrigues and infuriates me. One who is not even a man, not really.

My entire life, I’ve had only one mission, reclaim my throne from Lucifer and put right everything that was torn apart when he was cast from Heaven. It’s a mission I haven’t wavered from, not even when the humans tore open the gates and unleashed Hell on Earth.

Now, I’ve never been closer to obtaining my goal, yet I find myself risking it all because I cannot stay away from her, a human who may be the key to it all.

***There are four books in this paranormal romance series which is now complete. Not all things will be resolved in this book. Due to sexual content, violence, and language, this book is recommended for readers 18+ years of age.***

Good Intentions is the first book in the Road to Hell series by USA Today bestselling author Brenda K. Davies. The story follows River, a young woman who shoulders the responsibility of caring for her two younger siblings and mother in post-apocalyptic New England. With the center of the United States considered a dead zone, and a massive wall separating it from the barely surviving outer states, life is filled with dread and speculation about what the wall could be keeping out. Unfortunately, volunteers are routinely asked to join military forces at the Wall to assist in some capacity. In addition to volunteers, anyone who displays odd abilities are asked to come forward- willing or unwilling. Unfortunately for River, she happens to harbor secret abilities that she truly doesn’t understand herself. This secret is brought to light during a moment of bitter betrayal, and River finds herself in the undesirable position of being escorted to the ominous wall.

Kobal is a powerful demon in search of a person with special abilities who is possibly the key to saving the world and defeating Lucifer. Beyond the wall, he and his demon followers help to train the volunteers to protect the wall and fight lower demons who have escaped hell to wreak havoc on the bare remnants of the world. However, what he did not count on was finally finding the key to Lucifer’s destruction within a woman who tempts him.

River and Kobal’s chemistry is sizzling! Kobal takes River under his wing and personally sees to training her how to fight. This allows for ample opportunity for the characters to become acquainted and to navigate the emotions erupting within them. You can practically feel the sexual tension and interest leaping off the pages in some of their more heated encounters. I also love how a young, mostly human woman can bring out the good aspects in a demon notorious for his savagery and strength. Kobal is not a demon anyone would wish to cross- as was demonstrated, in such a graphic and decidedly uncomfortable way, with a former flame who should have thought twice before making the move they did.

The vivid imagery, the passion, the adventure, and heart-pounding action makes this book a MUST-READ!! I was thoroughly engrossed in Good Intentions…completely and utterly engrossed. Maybe even a little obsessed? Can’t wait to snag the next two novels in the series!!

See Next: Review of The Road (Book#3) Road to Hell Series