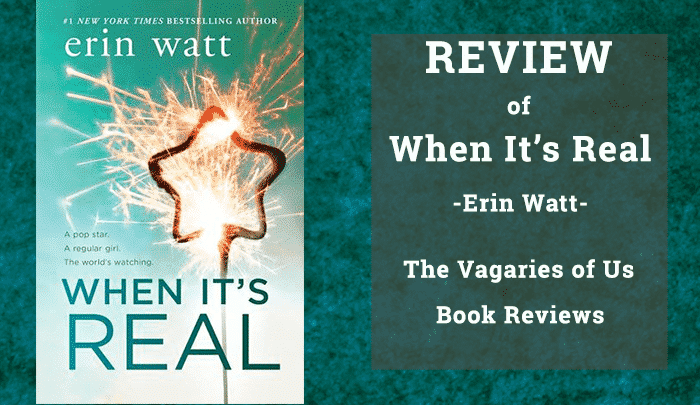 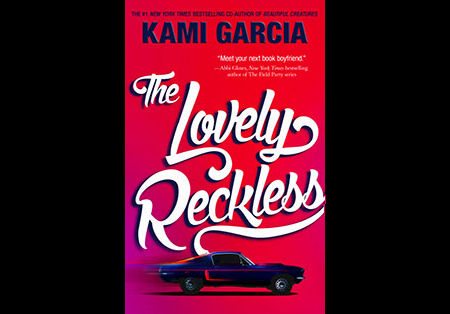 Review of The Lovely Reckless by Kami Garcia

She used to care about being the good girl.

Haunted by the memory of her boyfriend's death, Frankie Devereux lives her life by one dangerous rule: nothing matters. But she crosses the line with a reckless choice that forces her to move in with her dad—an overprotective cop—and transfer to a new school. When Frankie meets Marco, a tough street racer who is risking everything for his family, things get complicated.

He wasn't always the bad boy.

Everyone says Marco Leone is trouble. But at Frankie's new school, where fistfights in the halls don’t faze anyone and illegal street racing is more popular than football, Marco is also the fastest (and hottest) guy around. As their attraction grows, Frankie can't seem to stay away from him—until she discovers Marco's dangerous secret.

Your own heart will race with each page turn of this heart-stopping star-crossed love story.

Book Review of “The Lovely Reckless” by Kami Garcia

Review of The Lovely Reckless: The Lovely Reckless is a standalone novel by author Kami Garcia. The story follows Frankie Devereaux, a high school senior from the Heights- a neighborhood of the rich and privileged. In the beginning of the story, Frankie’s mental and emotional battle over the murder of her boyfriend comes to a head when her reckless behavior lands her in jail with a DUI. This behavior is apparently unusual for Frankie, as she describes herself previously as a happy, law-abiding student who is not prone to impulsive or reckless behavior. This naturally changes after she witnesses her boyfriend’s murder. Unfortunately, the killer is never caught because Frankie is unable to describe him to the police, as her mind has apparently blocked the memory out.

Frankie’s mother, the epitome of a spoiled and selfish wife of a wealthy man, is unable to handle the self-destructive aspects of her grieving daughter. Frankie is subsequently sent to live with her father, an undercover cop whose primary job is to nab car thieves, in a far less glamorous neighborhood dubbed “The Downs”. It is at the Downs public high school that Frankie meets Cruz, a girl who reminds me a lot of Letty from the Fast and the Furious, and Marco Leone, a boy well-known in the Downs as an illegal street racer and car thief.

The characters in the novel truly made the story. The Lovely Reckless was not your typical “boy meet girl, they both fall in love, there is some drama, then they live happily-ever-after” story. There was a lot more to it than that. First, there was Frankie’s quest to unlock the memory of her boyfriend’s death by frequently writing in her journal about that fateful night. Then, there was her struggle over who she was prior to her boyfriend Noah’s murder, and becoming familiar with who she became after his death. Marco had to battle his own demons. He was not merely a criminal from the Downs. Both characters internal struggles, coupled with their burgeoning interest in one another, made for an interesting read.

I will also say this, I enjoyed watching Frankie’s relationship with the father she barely knows unfold. The author did a great job staying true to the dynamic of a typical father and daughter relationship and all the trials that it entails. I was also mentally fist-bumping the author whenever Cruz demonstrated that there are girls out there who know their way around a vehicle (hell yeah!). Finally, I loved that tingle of ice sliding through my veins the moment Frankie found out who killed Noah (you’ll have to read the book to find that one out).

Heck. I loved everything about this book.

Buy, or download, your copy of The Lovely Reckless today!

This was my review of The Lovely Reckless, Also, See my REVIEW OF PAPER PRINCESS BY ERIN WATT 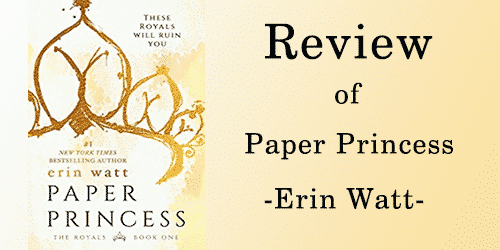