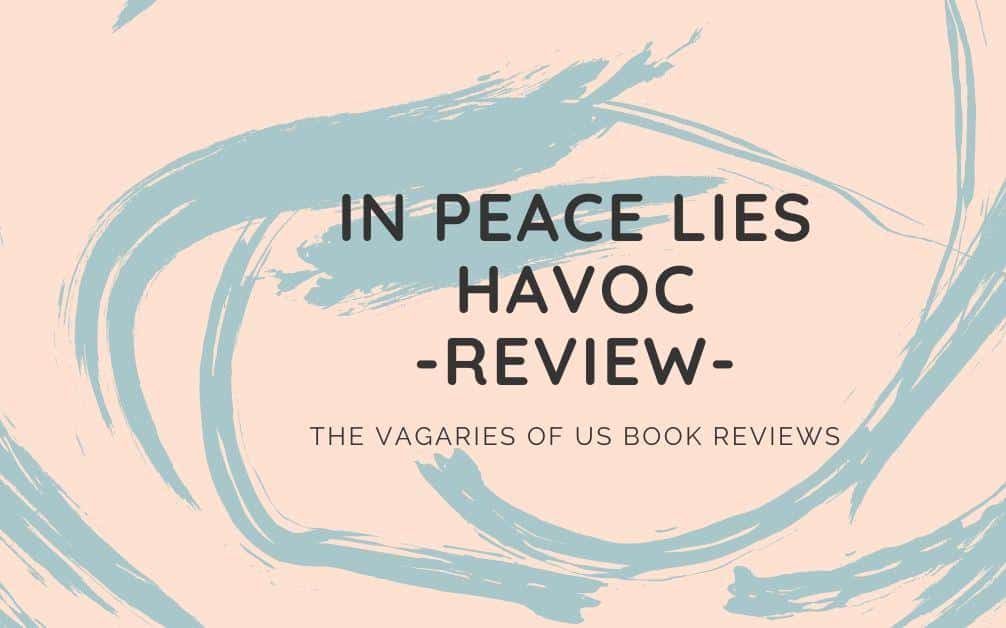 Review of In Peace Lies Havoc by Amo Jones

In Peace Lies Havoc was a fantastic start to a thrilling new series by Amo Jones. I enjoyed the mystery that shrouded Dove’s character and enjoyed the twists and turns as more of her memories began to resurface. Dove began the story as a frightened, confused, young woman who is dragged from the gritty, dark life she built for herself and thrust into an even darker, more wicked world complete with drool-worthy young men with a penchant for risk-taking, a mysterious show that ensnares the imagination and flaunts your forbidden desires, and powerful families with secrets entwined with destiny and tragedy. I was immediately ensnared within the first chapter and was swept away with the mystery surrounding “the shadow” (the mysterious man who had been following Dove for years), the purpose of Midnight Mayhem, and the memories that began plaguing Dove.

Kingston intrigued me nearly as much as Dove had- he was broody (though not in an “Angel from Buffy the Vampire Slayer” way), intense, mysterious, and dark. Kingston was shrouded in danger and strength- a perfect contrast for Dove. In fact, he was perfect for Dove’s character development- we saw her shift from a frightened, confused victim to a powerful and confident heroine. As for Kingston and Dove’s interactions…I definitely felt the chemistry pulsating between the two of them. While I had been confused by Kingston’s initial distaste for Dove, it started to make sense the more her memory returned. I will say, despite the unorthodox initial interactions between the two characters in the beginning (you will understand once you read it), the story was beautifully done. I adored both Kingston and Dove (as well as their Midnight Mayhem family), I loved the passion and steaminess prevalent throughout, and was swept away by the mystery unfolding throughout the story (there’s nothing I enjoy more than an unexpected plot twist!).

So, if you are looking to begin a series that is dark, mysterious, steamy, and seemingly filled with magic without actually having any magic in it at all, then try the Midnight Mayhem series by Amo Jones. You can find it on Amazon for Kindle for $3.99