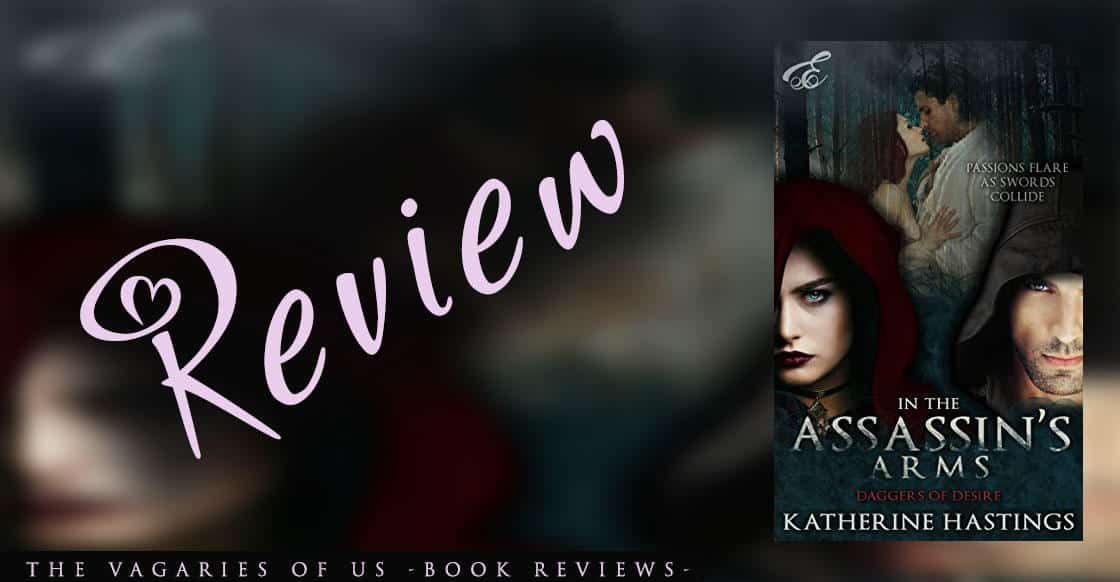 In the Assassin’s Arms by Katherine Hastings: A Review 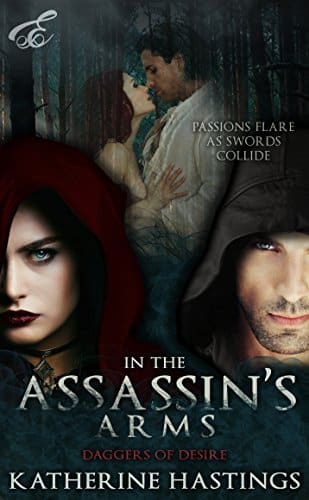 In the Assassin's Arms

John Douglas may be a well-trained political assassin, but he has met his match in the woman he once called a friend. When his childhood playmate reenters his life, she's not looking to rekindle their friendship... she's out for blood.

With a vendetta to settle, Charlotte Cornewalle isn't stopping until she finds the man who killed her father. All signs point to Robert Douglas, the leader of the opposing faction of assassins... and John's father. To get her revenge, no one will stand in her way... not even the boy she once adored.

Review of In the Assassin’s Arms

In the Assassin’s Arms is the first novel in the Dagger of Desire series by author Katherine Hastings. The story follows childhood friends, Charlotte Cornewall and John Douglas. The tragic death of Charlotte’s father sends her spiraling into a troubled, orphaned childhood. Charlotte later learns that she is part of a secret society of assassins and spies called the Liberta- a society she throws herself into in order to learn all the deadly skills she needs to avenge her father. John Douglas also learns that he is part of a competing society of assassins- the same faction that Charlotte is convinced was behind the murder of her father. When Charlotte confronts John, the childhood friends turned enemies embark on an epic and humorous journey (despite the gravity of the matter) to discover the truth of her father’s death, and the many secrets that surround them.

The story was definitely character-driven. Charlotte (also referred to as Charlie) is a strong, independent, and fiery young woman who demonstrates remarkable skill with sharp, pointy objects and the spy version of hide-and-seek. I found myself applauding a lot of her antics throughout the story- especially when she bests John- who is a formidable man himself. John’s character surprised me. Despite being trained as a spy and assassin and being taught to be distrustful of others, he still finds it within himself early on to trust his childhood friend and partner with her to figure out the mystery of her father’s death. His sense of loyalty and chivalry were appealing- and I have to say, he had me laughing along with Charlie! When I initially started reading the story, I had this idea that he would be broody and intense…that is not like him at all! John is light-hearted, witty, and charming. I found the dialogue between Charlie and John to be engaging. The witty banter often had me grinning. I had to re-read a few passages because of how entertaining it was.

Despite the serious plot- murder, secrets, assassinations, betrayal, and spine-tingling plot twists- the author manages to weave in a considerable amount of humor and light-hearted dialogue. As for the chemistry between the characters (my favorite part of romance- and something that can either make or break a story)…well, John and Charlie had it all!! It didn’t matter if they were hiding from each other, drugging one another, or finding some clever way to outsmart the other, both characters brought the heat with equal fervor and I practically had to pat the flames out that were scorching those pages. John and Charlie are probably one of my favorite couples right now.

In the Assassin’s Arms was a witty, adventurous, action-filled, romance filled with a considerable amount of heat, plot twists, and epic fight scenes to leave a reader feverishly absorbed in the tale.

Five stars for In the Assassin’s Arms!

April had the amazing opportunity to interview Katherine Hastings and you can check that out here!