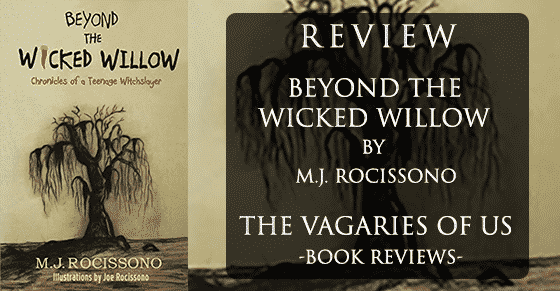 A Review: Beyond the Wicked Willow: Chronicles of a Teenage Witchslayer

Beyond the Wicked Willow: Chronicles of a Teenage Witchslayer

FRANKIE FRETINI has had a horrible year. And, just when he thinks things are looking up, well...all heck breaks loose. It happens in home-ec class just moments after the girl of his dreams, Jenny Moran, invites him to the annual town carnival. Still dazed from the unexpected invite, Frankie accidentally plasters the face of school bully, Brick McDuddy, with a giant scoop of chocolate mousse.

Embarrassed, and fuming mad, Brick plots to deliver his painful revenge at the carnival. When Frankie, and his pals, Sam, Beef, and Bookworm show up to meet Jenny, Brick and his nasty bootlickers, Harold “The Horrible” Dunson and Billy “Scat” Pile, chase them into the eerie tent of an old Gypsy fortuneteller named Mala. Trapped with nowhere to run, Frankie makes a pact with Mala not knowing that he and his pals would be swept through her crystal ball to Medieval Italy. Now, their only hope to return home rests in Frankie's hands. He must kill the evil Italian witch, Il Strega Diavolo, and rescue Mala's twin sister, Tsura. But, can Frankie find the courage to face the Strega?

Review of Beyond the Wicked Willow

Beyond the Wicked Willow: Chronicles of a Teenage Witchslayer is a novel by author M.J. Rocissono. The story follows Frankie Fretini, a fourteen-year old boy who, unbeknownst to him, is destined to find and destroy an evil witch named Il Strega Diavolo. Frankie, still struggling with the death of his father who was killed in Iraq, spends a great deal of time with his best friends- Sam, Beef, and Bookworm. When they’re not all picking on each other and harboring secret crushes (though, I wanted to shake Bookworm a few times when Sam drops obvious hints for her affection), they’re dodging the bullying tactics by Brick McDuddy and his cohorts. It is during one of their mad dashes to get away from Brick at a carnival that they stumble across a fortune teller’s tent and are met by a mysterious, magical gypsy.

This gypsy, Mala, ends up thrusting Frankie and his friends 800 years into the past to medieval Calabria Italy where they are charged with finding her sister Tsura and defeating Il Strega Diavolo- thus ending the evil witch’s reign of terror. As the story progresses, fascinating characters are met, and some even join Frankie and his friends on their quest. For example, there’s Ambroggio- an older, one-eyed man who rescues them near the beginning of the story from wolf shapeshifters (who is harboring a secret of his own), and Capricia- an orphan girl with some serious fighting skills and spunk who is looking for revenge on the wolf shapeshifters and Il Strega for murdering her family. There is also an awkward, and sometimes cowardly knight Giacomo (who grew on me steadily through the story and seriously redeemed himself).

I loved the dynamic between Frankie and his friends. Their bond was strong, and I enjoyed their interactions. Sam, being the only girl among her three friends, is tough and confident. She jumps into the fray, is loyal, fierce, and knows how to hold her own in a fight. Bookworm got his nickname for a good reason- he frequently makes references throughout the story to different facts and tidbits of information- his total randomness was refreshing! Beef was a favorite of mine. He has a HUGE love for food (which, right there, endeared him to me) and is the proud inventor of the snack- S’meeps. I was secretly joyful by the blooming feelings between Beef and Capricia- they are just adorable. Finally, I enjoyed Frankie’s journey- mostly from an emotional and mental standpoint. I watched him grow from an unsure, hesitant boy who has not come to terms with his father’s passing, to a strong, confident young man on the cusp of finally healing. When he met his father in his dream and was told to relay a message to Frankie’s Mom…cue the waterworks!

Beyond the Wicked Willow was a complete emotional rollercoaster and a thrilling, addictive adventure! There were monsters galore spattered throughout the story- I’m talking terrifying spiders and snakes, werewolves, vampiric creatures, ogres, cursed warlords, pirates, and flying beasts. There were moments that made you laugh, moments that made you cry- seriously though, I won’t be able to look at a cypress now without getting teary-eyed, and moments that made your heart pound from the intensity. By the end of the story I already wanted to flip back to the beginning and start the adventure over. It was bittersweet to say goodbye to Frankie and his ragtag crew.

Finally, this quote here completely struck a chord with me:

“You must listen, boy. Life is a crucible. It brims with fierce trials. You must either surmount them or submit to them. A third choice does not exist. There are some things in life that simply cannot be changed.” -Ambroggio to Frankie Fretini.

Five stars for Beyond the Wicked Willow!! 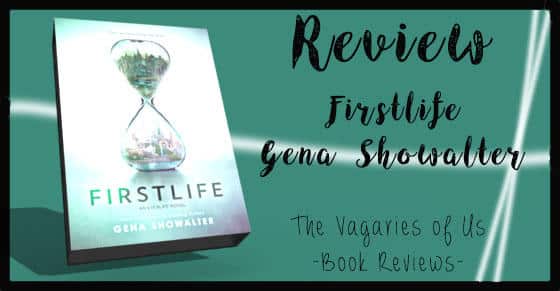 "Utterly unique and absolutely riveting—I couldn't put it down! What a marvelously cool world."—New York Times bestselling author Sarah J. MaasFrom the author of the New York Times bestselling White Rabbit Chronicles series comes book 1 of a brand new series in which life as we know it is merely a dress rehearsal, and real life begins after death.

Tenley "Ten" Lockwood is an average seventeen-year-old girl…who has spent the past thirteen months locked inside the Prynne Asylum. The reason? Not her obsession with numbers, but her refusal to let her parents choose where she'll live—after she dies.

There is an eternal truth most of the world has come to accept: Firstlife is merely a dress rehearsal, and real life begins after death.

In the Everlife, two realms are in power: Troika and Myriad, longtime enemies and deadly rivals. Both will do anything to recruit Ten, including sending their top Laborers to lure her to their side. Soon, Ten finds herself on the run, caught in a wild tug-of-war between the two realms who will do anything to win the right to her soul. Who can she trust? And what if the realm she's drawn to isn't where the boy she's falling for lives? She just has to stay alive long enough to make a decision…

Review of the book Firstlife

Firstlife book is the first book in the Everlife series by New York Times bestselling author Gena Showalter. The story follows Tenley “Ten” Lockwood a seventeen-year-old girl struggling to choose which realm to enter when she dies. On Earth, also known as the Land of the Harvest, humans are busy living their first lives- however, before they die they must pledge their allegiance to either Myriad- a dark realm of indulgence and pleasure, where only the strongest rise to power and privilege, or Troika- a realm of light where love, justice, and truth are cherished, and everyone is considered of equal importance. Unfortunately, both reals are embroiled in a vicious war and fight to convince humans to pledge their allegiance to their realm and cause.

That’s where Archer and Killian come in…

Archer, of Troika, is charged with convincing Ten to pledge her allegiance to their side as she is believed to be a “conduit”- someone capable of tipping the war in their favor. Killian, of Myriad, is charged with seducing Ten to their side as well- as they too believe she will bring victory to their realm. Unfortunately, for both guys, Ten is determined to remain “unsigned” as she doesn’t truly feel like she fits into either realm. She is told, however, that if she does NOT choose either realm, her soul will be sent to suffer in the Many Ends- basically, hell.

As Ten struggles to pick a side, she finds herself placed in a perilous position as someone is intent on ending her life. Amid this, Archer and Killian hold a temporary truce to protect her. The dynamic between both guys is interesting- I enjoyed Archer’s sense of honor and justice- he is so easy-going and likable (although there were times I almost thought he was too good). Killian…oh, Killian…this Irish charmer with the wicked tattoos, bad-boy persona, and devilish sense of humor instantly shot his way to my #1 spot for current book boyfriend. I’m seriously not surprised, however, as Gena Showalter creates some of the most tempting love interests in her novels.

There were many underlying themes and parallels drawn in this novel- you have two realms who hold two very different views, though neither of them is entirely wrong in their beliefs, who will do anything to trump or decimate the other side. They try desperately to convince people that their side is the “right” one- their egos overruling their actions- causing irreparable damage. One side even promises money, riches, and status to push their agenda, where another side hides their motives behind poetic words of honor and justice. I enjoyed watching Ten, with her quirky obsession with numbers, work through which world she felt more inclined to join.

Firstlife was a fast-paced, sizzling page-turner that kept me sleep-deprived.

It’s teeming with action, adventure, and romance- three of my favorite things! The dialogue was fun, the characters layered and dynamic, and the plot was thought-provoking.