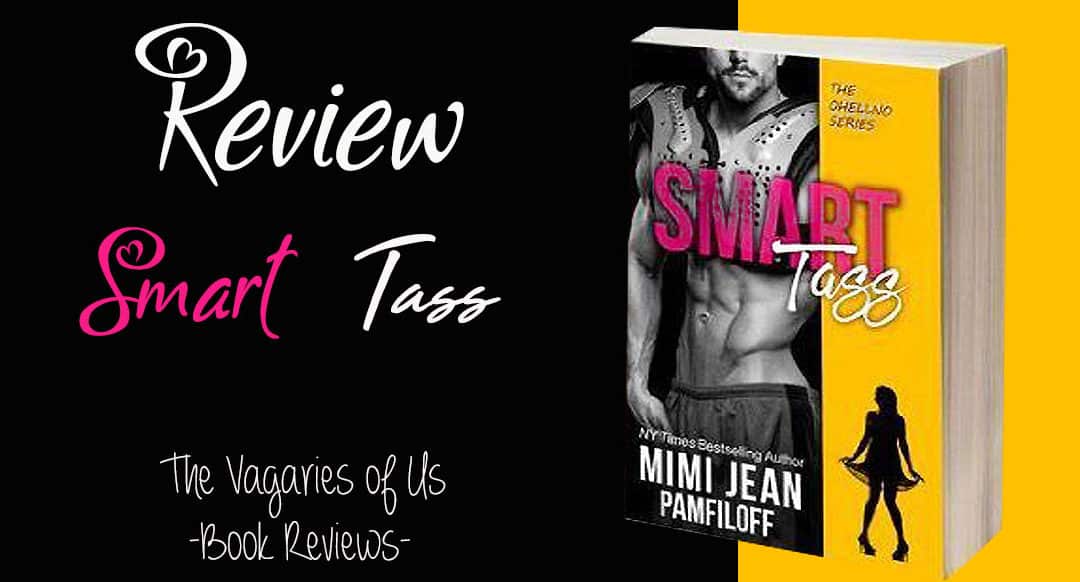 He's the hot college quarterback all the girls want.She's the smart girl he loves to pick on.And now that they're all grown up, things are about to get geekin' ugly.

My name is Tass. I'm smart, I'm driven, and I am determined not to let prankster Hunter Johnson continue raining on my parade. When we were little, he'd pull my hair and call me names. When we were teenagers, he'd throw food and tease me for being a flat-chested virgin.

But now that we've ended up at the same college, he's out of his hot head if he thinks he can keep messing with my life. It's like he's fixated on me or something. Well, guess what, Mr. Amazefootball? I'm not that geeky little girl anymore and you do not screw with a smart woman.

So what's my plan?

It's definitely wild, and he's about to find out.

Smart Tass is the first novel in the OHellNo series by New York Times bestselling author Mimi Jean Pamfiloff. The story follows Tass, a young college student who throws herself into her academics, and Hunter Johnson, a football player with a long history of driving Tass nuts. With Tass wishing to become part of a sorority that only accepts those of high academic standing with large aspirations, and Hunter wishing to become part of a fraternity for athletes with dubious morals and very little regard for females, they both find that they can help one another.

After an uncomfortable and highly embarrassing encounter in the library with Hunter, Tass finds herself facing the heated accusations by her potential sorority and on the brink of being rejected as a pledge. To redeem herself, Tass is asked to make Hunter fall in love with her in less than a week and then publicly humiliate Hunter by breaking up with him. At the end of the epically disastrous encounter with Tass in the Library, Hunter is asked by his fraternity to redeem himself by taking her virginity so that he can score enough points to be accepted as a pledge. With both of their positions on the line, Tass and Hunter approach each other with a deal…if Hunter pretends to be in love with Tass and allow her to break up with him publicly, then Tass will pretend to have slept with Hunter so he can gain enough points to join his fraternity.

What follows is a humorous and light-hearted plot that is riddled with comedic moments, sizzling chemistry, and engaging dialogue. From the awkward encounter in the library, to football practice, parties, and a getaway cabin, Smart Tass delivers a fast-paced and pleasing plot.  I was pleasantly surprised by some of the characters and themes in the story- I loved that Tass was able to see that not all cheerleaders are “air heads” and that all jocks are “dumb”, and that just because someone may have an impressive IQ does not mean they are a decent person. In addition, both characters suffered from a serious bout of “miscommunication” which led to a whole lot of hurt feelings which could have quickly been solved by talking to one another. So, this story pretty much backs up the idea that you shouldn’t always jump to conclusions- things may not always be what they seem!

Smart Tass was a delightful and amusing romantic comedy about misperceptions, forgiving others, love, and finding yourself.