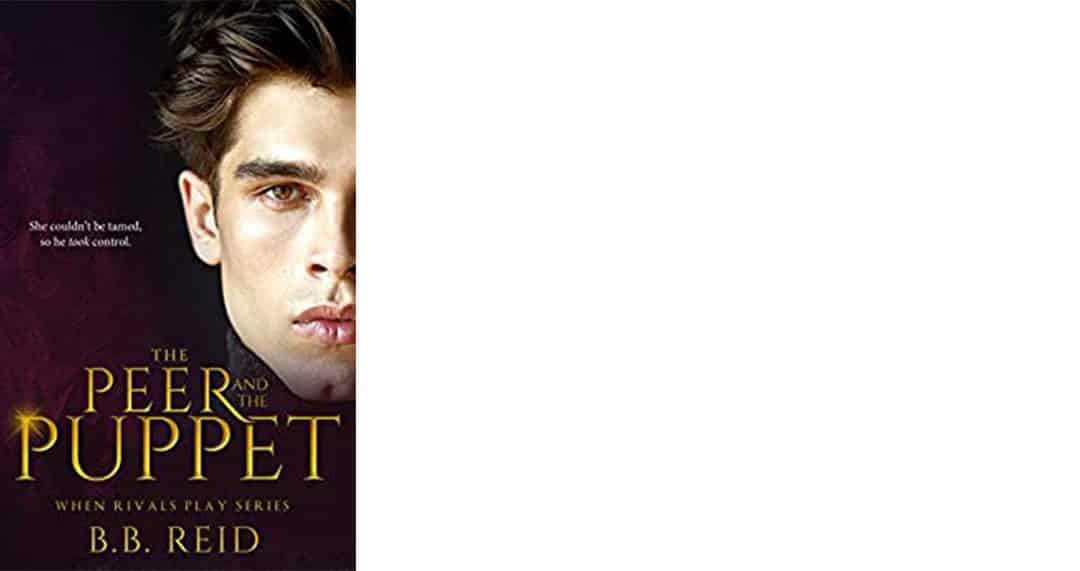 The Peer and the Puppet by B. B. Reid: Review 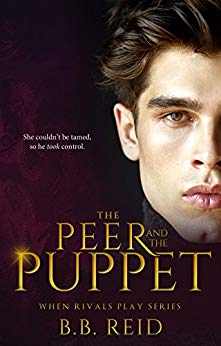 The Peer and the Puppet

Borrow the bike. Win the race. Collect the cash. It should've been an easy job. Ran out of town with a broken leg and a lawsuit, my mother's latest flame swoops in like a knight in gilded armor. Blackwood Keep is a place I don't belong, and I'm not the only one who knows. To the boy across the hall, my savior's only son, I'm a stray looking for a bone.

He's lord of the manor.King of the academy. And number one on my shit list.

I have no intentions of becoming a happy family with the social climber and her wild daughter. A bottle of Jameson and a cracked skull gets my problem shipped to reform school, but I didn't bank on her returning.

Four's out to get even, and she almost had the perfect plan: expose the privileged kid moonlighting as a gangbanger. She's smart, but she'll have to be smarter. Sending her away won't be good enough this time. I'm going to have to tame the little troublemaker. To the girl across the hall, the one without a name, I'm nothing without my silver spoon.

She's lady of the trailer park.Queen of the swamps. And my new favorite pastime.

The Peer and the Puppet is a standalone romance, however, the series is one story. The plot introduced in Four and Ever's story will continue in the following novels. No cliffhangers.

The Peer and the Puppet is the first novel in the When Rivals Play series by author B. B. Reid. The story follows Four, a high school student with a passion for racing (albeit illegally) who lives with her emotionally distant mother- whom she calls by her first name. Four’s mother meets a wealthy gentleman who encourages them to move in with him and his son Ever after an unfortunate experience involving Four and her favorite pastime. Unfortunately for Four, this move means leaving her school, the automotive workshop (her favorite place), and everything she’s ever known. Ever, the teenage son of Four’s mother’s boyfriend, is less than thrilled to have Four or her mother living at their home. His first meeting with Four is charged and painful…literally. This sparks an instant dislike and unspoken war between them that eventually has Four being shipped off to boarding school.

But Four comes back and Ever once more has to contend with unwanted feelings towards her, all while trying to infiltrate a dangerous gang in order to follow the metaphorical ghost of his mother. Meanwhile, Four struggles with her own reluctant attraction towards Ever, while navigating the complicated relationship she has with her mother and her interest in racing. As the battle between them becomes heated with more than just intense dislike, Four and Ever slowly begin to exchange armor for forbidden touches and moments of shared passion. Their witty dialogue simmers and intensifies until words become lost in nothing but mingled sighs and whispered dreams. It was beautiful to watch their love unfold. The character development of Four and Ever is admirable and flawless- they both grew and changed perfectly throughout the story.

The spine-tingling danger and intrigue of illegal street racing and the violent, dark workings of gangs and other villainous characters added a compelling and heart-pounding layer to the story. The secondary characters such as Vaughan (Ever’s best friend), Jamie (Ever’s cousin), and Tara (Four’s best friend) were all fascinating and added depth to the relationships- as well as helped artfully move the plot along. It is my hope that these secondary characters are either more thoroughly discussed in future books, or have novels of their own. The Peer and the Puppet was a compelling, addicting page-turner that left me hooked, breathless, and wanting more! 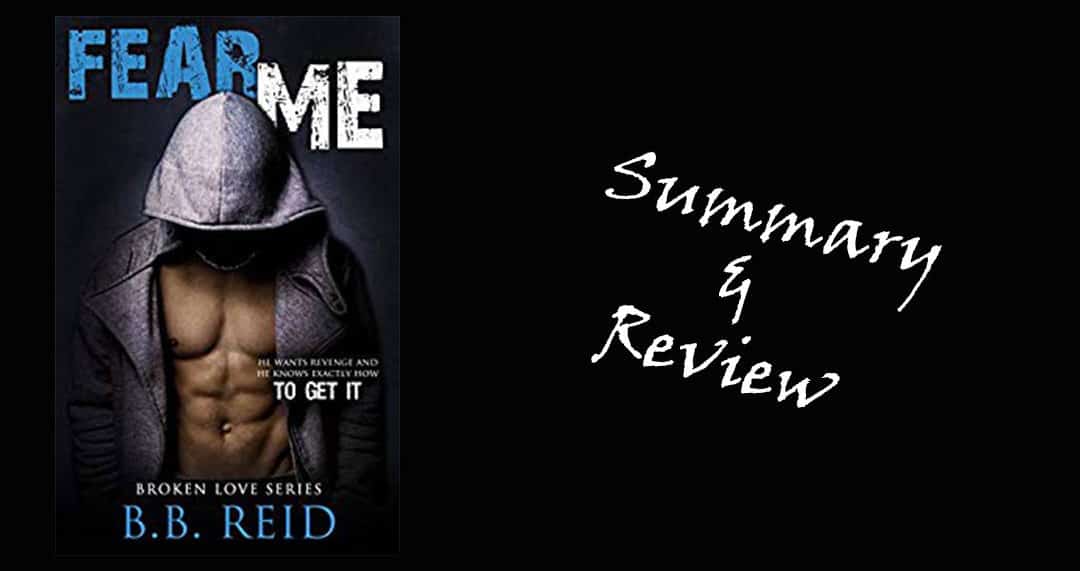 Fear Me by B.B. Reid: Summary and Review

I don't believe in fairy tales and Prince Charming.

I believe in fear.

He taught me how to be afraid.

We first met on a playground on a wonderful summer day. It was the first time he hurt me and it wouldn’t be the last. For ten years, he's been my tormentor and I've been his forbidden. But then he went away, and yet I was still afraid.

Now he's back and wants more than just my tears. You see...he thinks I sent him away so now he wants revenge...and he knows just how to get it.

Fear Me is the first novel in the Broken Love series by author B. B. Reid.

The story follows Lake, a high school student who has been living with her aunt since her parents disappeared when she was a young child. When Lake was in elementary school, she had an unfortunate experience with another student named Keiran- an interaction that led to a long, and tortuous “relationship” between the two characters. Keiran, considered Lake’s tormentor, had a dark and twisted childhood until he was left to be raised by his distant uncle and cousin. With a foundation of experiences built upon death, abuse, endless despair, and haunted memories, it is not surprising that Keiran’s first response to meeting someone like Lake is a negative one.

What follows is a dark tale of obsession, guilt, passion, and redemption.

As Keiran and Lake struggle with the demons of their past while contending with their unusual feelings for one another, forces that pose a danger of their own threaten to destroy them. Lake is strong with her sense of loyalty to her aunt and best friend- a loyalty that often forces her into situations that, at times, made me cringe. The emotional trauma Lake endures as a result of her love for those she cares about was admirable- though I did wish she would have had a little more strength in character to fight back against some of the situations she was forced into. Keiran was a complex character- he is definitely one I struggled to accept for a good portion of the book. I had to constantly remind myself through some scenes that the first portion of his life was incredibly traumatic- not entirely an excuse for some of his actions, however, I understood them to some extent.

While a lot of the darker scenes in the story may cause some controversy, I would admit to not being able to put the book down. The characters were deep, complex, fascinating, and grew nicely as the story proceeded. Lake brought a glimmer of light to someone as dark and tortured as Keiran- and Keiran brought a great deal of strength to Lake’s character. The plot was riddled with sizzling experiences, tension, passion, and danger- a heady combination. The writing was so well done that I was able to feel a whole slew of emotions as I burned through the chapters…

Four stars for Fear Me!

Check it out on Amazon! If you use my link I will receive a small commision which helps me pay for the site.