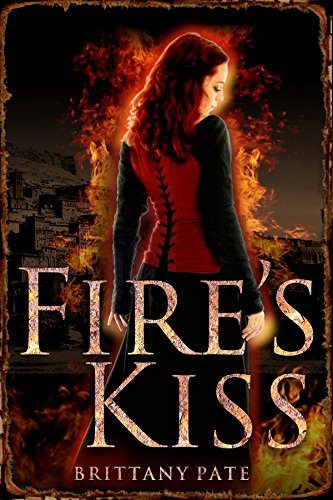 Embyr tends her tavern while keeping her dangerous parentage a secret, until she's attacked by a hellhound and saved by one of the most feared men in history.

For the last eight hundred years, Ryder McLennon, the infamous leader of Death's Horsemen, has used his army to hunt the vampire who killed his wife. He's earned a reputation as a murderous madman. But in Embyr, he discovers something that could turn the tide of battle in his favor. Her control over fire can reduce an enemy to ash and her flippant disregard of him heats his blood in ways no one else ever has. She's beautiful, powerful and completely different from her violence-loving brethren.

Embyr finds herself thrust into a war she wants no part of, targeted by a vicious vampire because of her cooperation with Ryder. As she learns to wield her demonic powers without letting the madness of her race overcome her, she also has to fight her attraction to a killer bent on her seduction.

Fire’s Kiss is a standalone, paranormal romance novel written by author Brittany Pate. The story follows Embyr, a half-demon tavern owner, who hides on the fringes of society afraid to reveal her ominous parentage. Embyr lives a quiet life on the edge of the town Al’Din, her parents have perished, and she is close to only one person- a former female assassin with a fondness for ale. However, this all changes when the leader of the formidable Horsemen shows up in her tavern one evening wearing a grotesque mask made of animal’s skins. This leader, Ryder McLennon, rumored to be a heartless savage, convinces Embyr to assist him in his war with the vampire named Atrarius.

The intensity and chemistry between Ryder and Embyr remains consistent throughout the novel. It never dims, not from the moment Ryder first corners Embyr in the tavern, from when he spirits her way to his castle and helps her unlock the power lying dormant within her, or when he leaves for an incredible length of time and returns to win her heart again. The story was rapidly moving and constantly kept my rapt attention with the interesting barrage of characters- half-demons, Horsemen, vampires, knights, dark mages, assassins, and even a Hellhound shifter. Embyr constantly grew as a character- she started off as a fearful, reclusive young woman merely experiencing life in small doses on the edge of town, only to blossom into a formidable half-demon that did a fair share of turning foes into dust and morbidly roasting the flesh off her enemies. While Embyr grew tougher, Ryder learned to soften up a bit-though it took six years for him to do so (probably the only time in the book where I was slightly disappointed in him- though I understood his reasoning…well, a little).

Honestly, I didn’t know what to expect when I first started reading Fire’s Kiss. The author was a new one for me, and the story sounded a little like the romantic version of Dungeons and Dragons…boy was I surprised! I finished the novel in ONE day- I clutched onto my kindle like I was afraid someone would rip it from my hands and read till my eyes burned. I haven’t been this engrossed in a novel in a LONG time.  FIVE stars for Fire’s Kiss!

Do yourselves a favor and pick up this thrilling and fast-paced novel today! 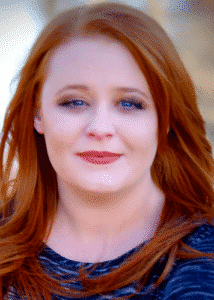 Brittany Pate lives in Texas with her husband and son. She is a longtime lover of all things fantasy and romance. When she isn’t writing, she enjoys narrating audio books and drinking entirely too much coffee.