This Maine Town is Infamous for its Haunted History Photos by Catherine J. Gross

Ghostport is an annual event that takes place in October in the town of Bucksport, Maine. Bucksport is notorious in the state for its rich history and legend involving its founder, Colonel Jonathan Buck. According to the legend, in 1852- a little over 50 years after Colonel Buck’s death- a monument was erected in his memory by his grandchildren. While this is not unusual, what was considered peculiar is the distinct marking of a woman’s leg and foot that appeared soon after it was built. This legend concluded that the markings were placed there due to a curse bequeathed upon Jonathan Buck by a witch he had sentenced to death by burning. Before the witch was engulfed by flames, she spat out a curse and stated that her sign would be left upon his tombstone. Her leg then falls out of the fire where her deformed son then picks it up and runs off into the woods with it. This story is a popular tale and has many variations to it. Unfortunately, the validity of the legend cannot be verified, though it’s fun to speculate. 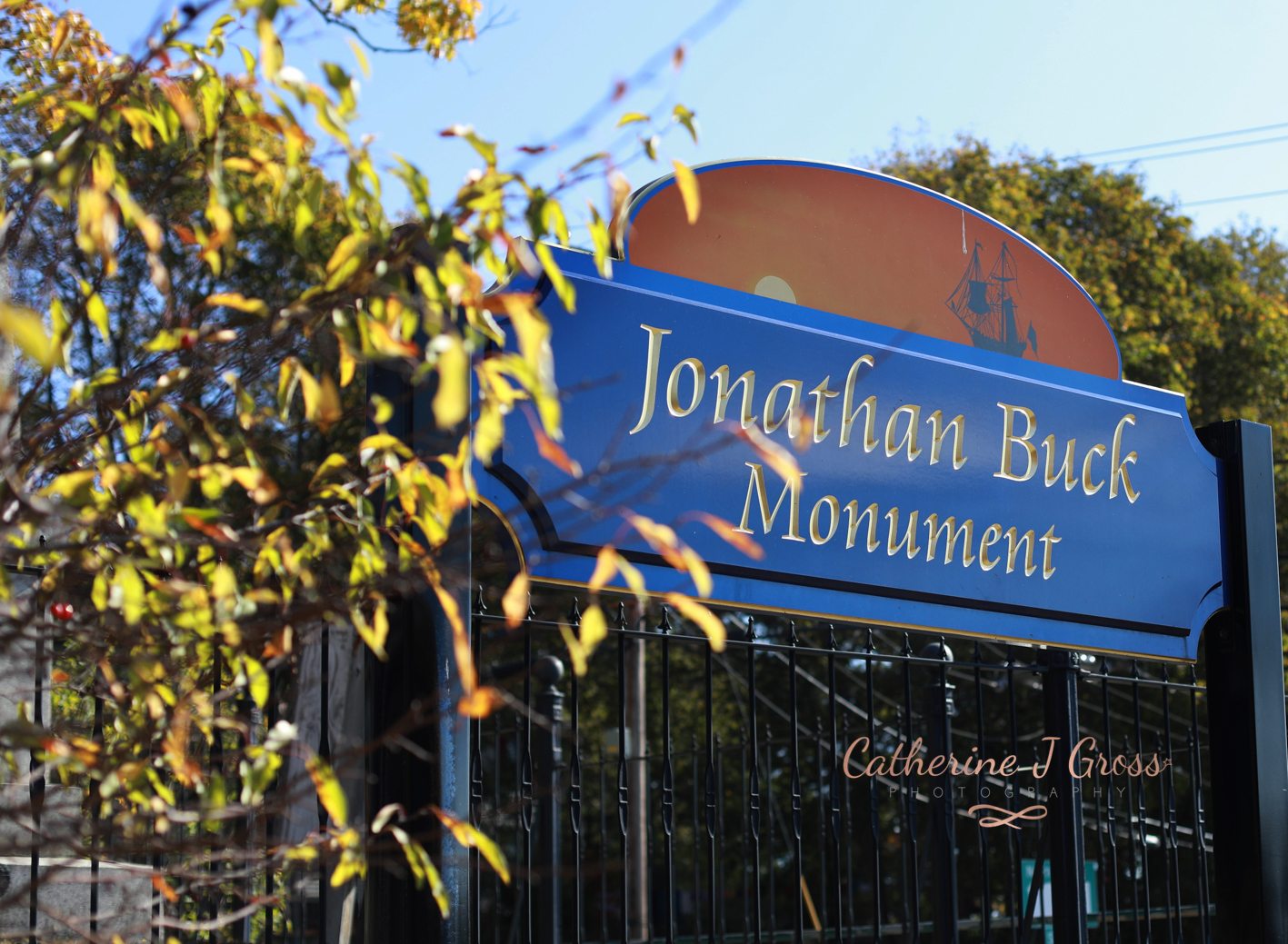 I decided to attend Ghostport this year in hopes of checking out Jonathan Buck’s infamous tombstone, and the activities taking place near the waterfront. As I crossed over the bridge into Bucksport from Verona Island, I could instantly spot the hordes of people decked out in their costumes as they explored the river’s shoreline, and the many quaint shops along the main street. It was surprisingly easy to find a place to park considering how busy the event was for such a small town. With my family in tow, I followed the distant sound of Michael Jackson’s “Thriller” blasting from speakers and the tantalizing aroma of buttery pretzels and sweet cotton-candy. Once we arrived at Bucksport’s marina, we headed straight towards the pretzel vendor- there was no way I was walking past them after having smelled their deliciousness.

As we snacked on our buttery treat, we slowly explored the rest of the vendors. There was a booth occupied by ghost hunters who relayed stories about their spookier adventures. They are a Maine-based group who travels around to haunted locations throughout our history-rich state. After all, there is a reason Stephen King bases many of his novels out of Maine. We then spent some time in a tent occupied by Moonsyer Candles, a local Maine candlemaker. Moonsyer Candles uses hand-poured, all-natural palm wax candles in their homemade creations. The candle names and some of the scents were unique enough to remark upon- such as, Maine Made Moose Poop, Bunny Burps, Monkey Farts (which smelled of bananas, of course), Snowman Balls, and one you probably would never think to purchase in candle-form- high octane gasoline. We ended up walking away with a bag filled with wax melts. I currently have their Maple Bourbon Brioche melting away on my wax burner-delicious!

We finished the rest of our pretzel bites while watching people launch pumpkins into the river with a man-made, wooden catapult. There was a small, floating platform marked by two balloons that were an apparent target for people to aim for. It was an interesting site watching all those pumpkins bobbing forgotten in the water. I imagine they will provide a nice treat for Maine’s wildlife.

After watching the pumpkin launch, we headed over to a Halloween-decorated tent occupied by Deborah J. Hughes, a Maine author who created the Tess Schafer-Medium series, as well as a few standalone novels. This tent drew hordes of people, all clambering to get their hands on Deborah J. Hughes’s spooky novels. Being an avid reader, I never turn down a chance to pick up a new novel, especially when I have a chance to talk with the author themselves. Did I have a total fan-girl moment when the author kindly signed the inside cover of her novel No Matter What for me? Why yes, I did. Am I ashamed of it? Why no I’m not. I have been a fan of this author since I was barely old enough to recite my ABC’s. She is, after all, the person who got me hooked on ghost stories and romance (have I mentioned she’s my Mom?). Now, If I had almost half the talent of that woman…sigh. See my review of Deborah J. Hughes’s Be Still My Love here. And also check out my other book reviews here. 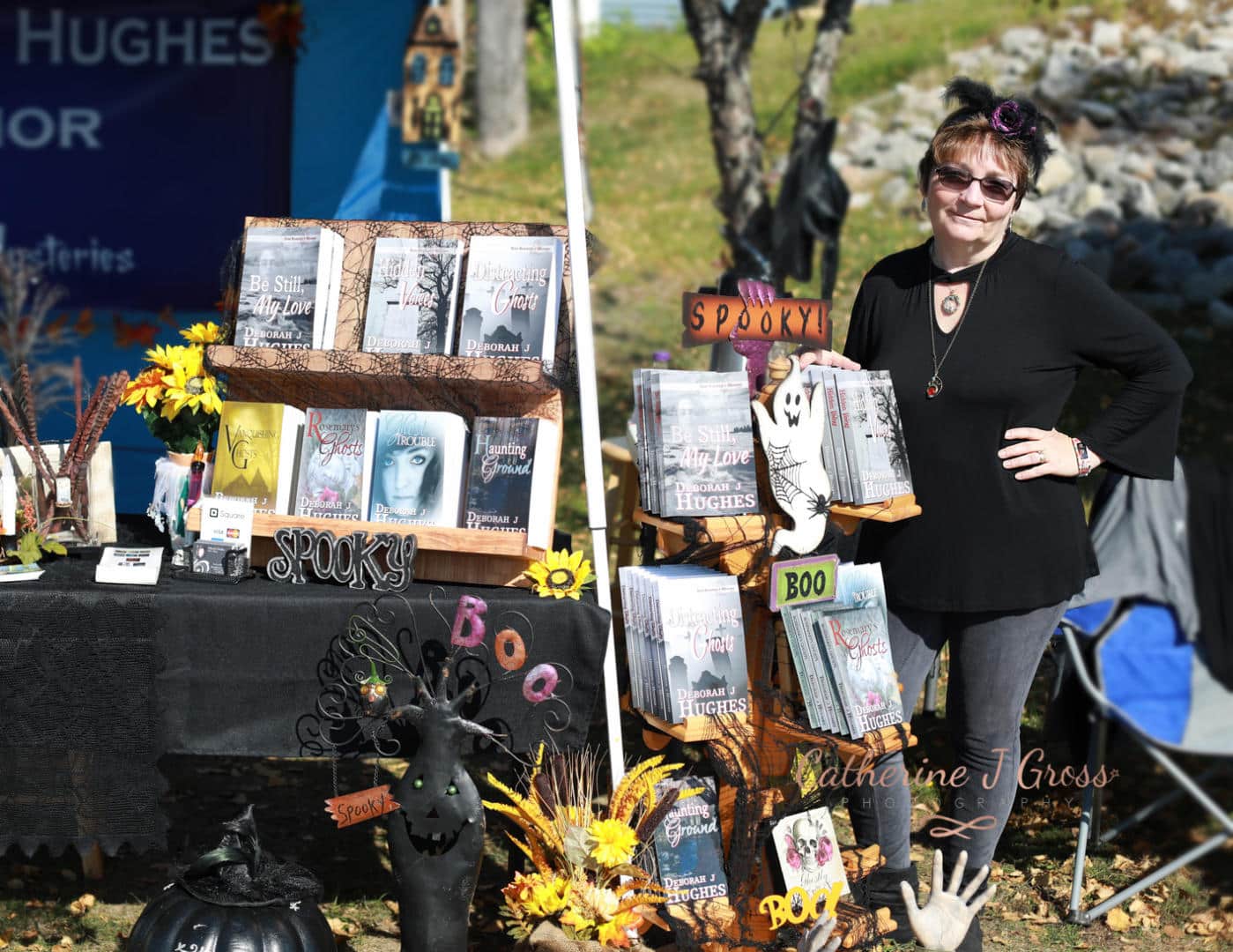 As I clutched No Matter What in my hands (which I will be posting a review about soon- so stay tuned!), we made our way over to the infamous Colonel Jonathan Buck’s tombstone. As I stood on my side of the wrought-iron fence and gazed at the tombstone, I half anticipated something eerie to happen. After all, I was standing in front of an infamous cursed stone. Disappointingly, I did not experience the presence of the supernatural. However, it was still exciting to witness a piece of history and speculate on the possibility of a true witch’s curse. 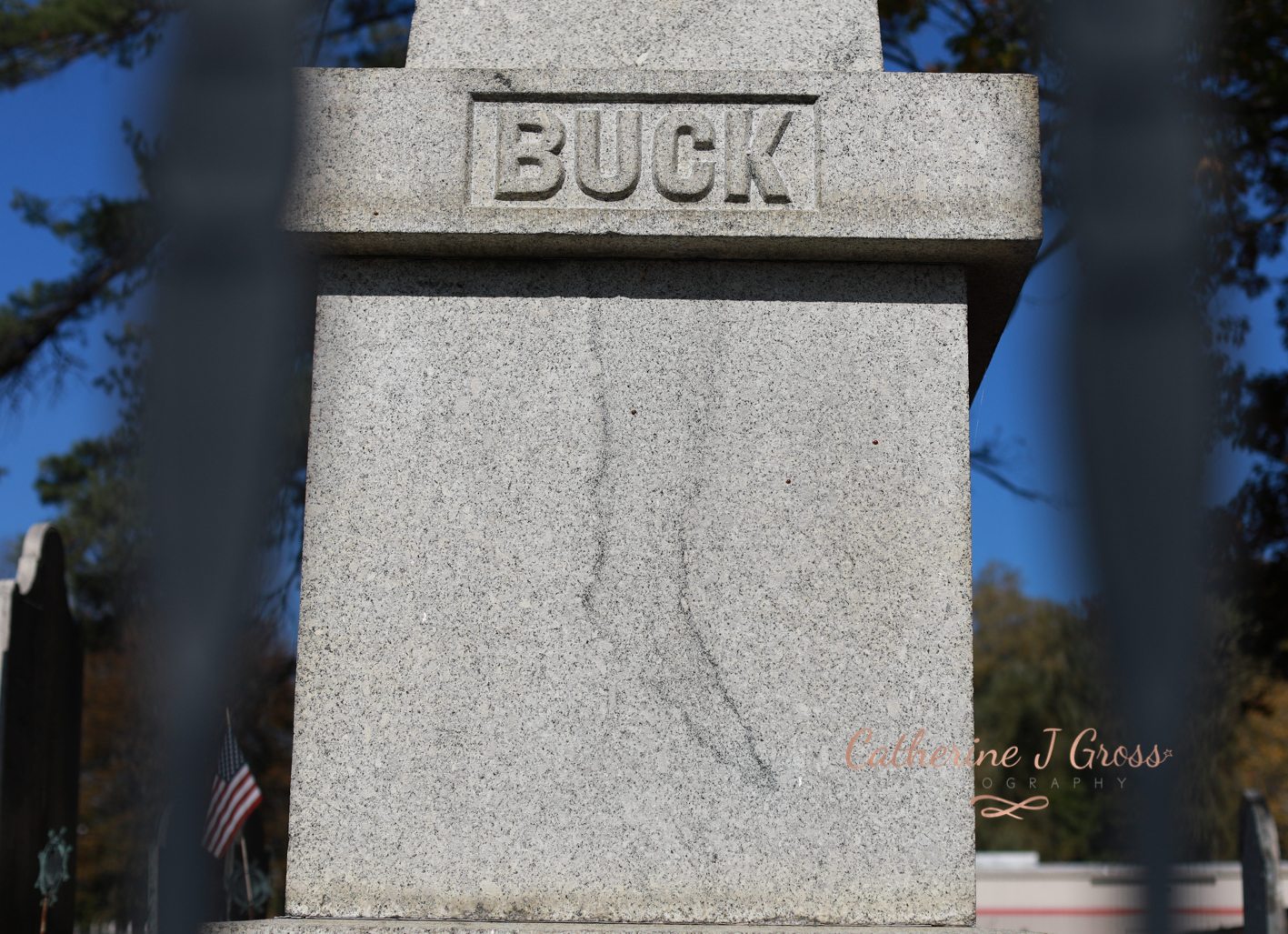 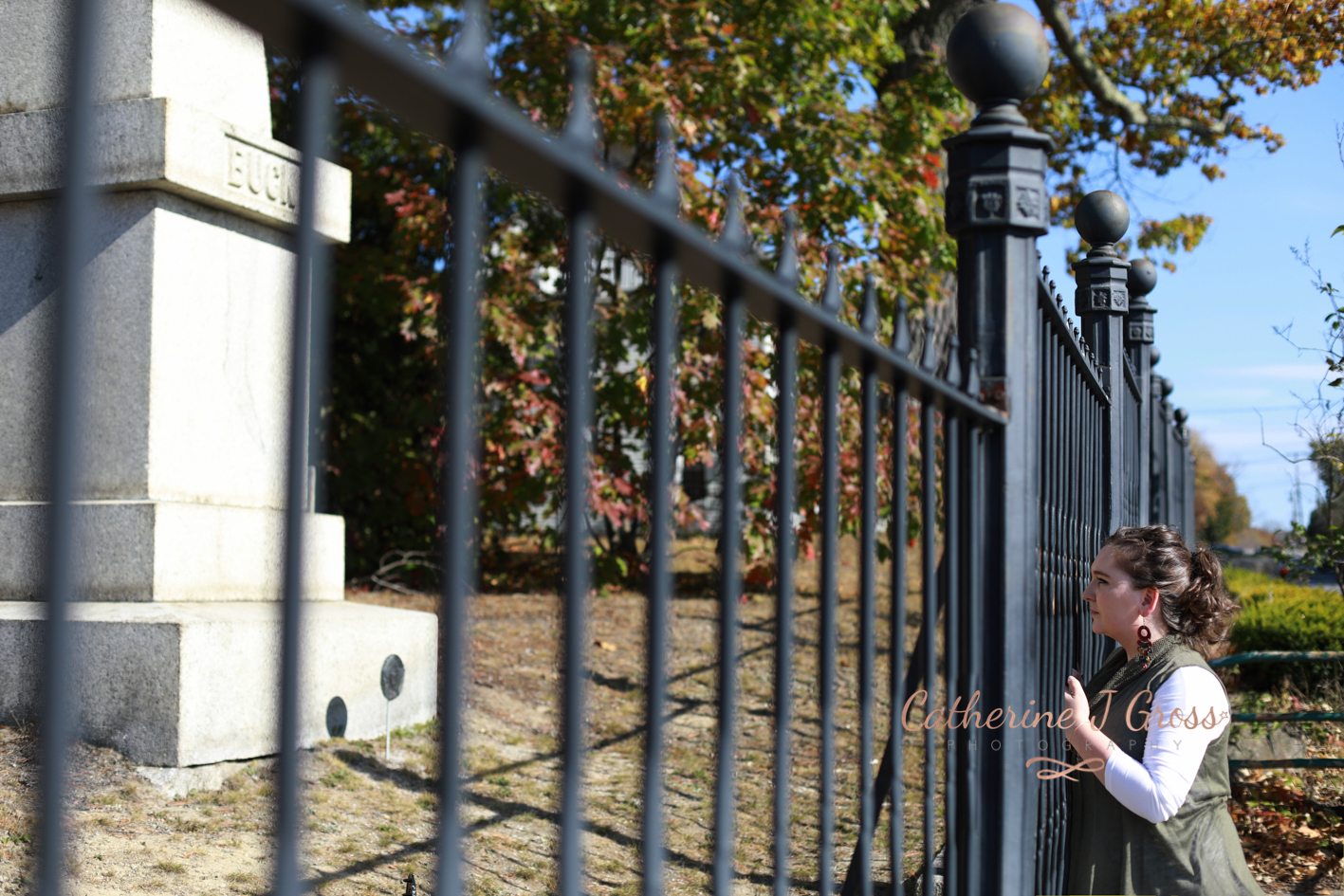 At the end of the day, I have a new book to read, some new candles to burn, and I had the chance to witness a legend!